Is it Better to be an Optimist or Pessimist? 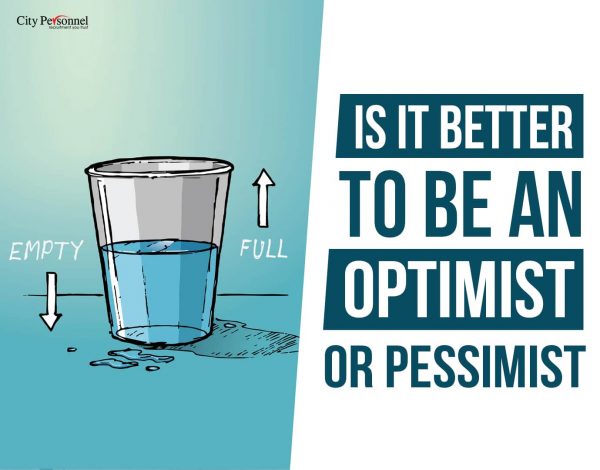 Is it better to be an optimist or pessimist? Why is it that when given the same information, some people react with optimism while others respond with pessimism?

The answer to these questions will give insight into human nature and how an individual’s personality affects their view of the world. Research has shown that there are many reasons why someone may be more optimistic than another person.

One reason may be that most people tend to remember positive events instead of negative ones. This means that if most of the experiences someone has had in life are positive, they would most likely hold an optimistic view of the world because their perception would be warped towards thinking good things happen most of the time.

However, due to COVID, overall optimism has decreased. According to Statista.com, 82% of people agree with the statement “over the last year the world became more dangerous.”

A pessimistic person tends to have a more realistic perception of life because they have experienced positive and negative events. This means that their view of the world is more grounded.

One example of how experience shapes our view of pessimism and optimism would be if someone who has been in several accidents on their bike was asked how risky it is to drive compared to riding a bike. Despite statistics showing otherwise, they may believe it is safer to drive to work than ride their bike.

In fact, the lifetime odds of death in a motor vehicle crash is 1 in 101, while dying on a bicycle is 1 in 3,396, making it significantly safer to ride a bike to work. Someone who has never been in a bike or car accident will say both are a safe way to travel, even though riding a bike is much safer.

This may seem like a dramatic example but think of those who hate traveling in planes. Majority of those who hate flying believe that it is riskier to fly somewhere than to drive, even though you are more than likely to get struck by lightning than get in a plane accident.

According to psychologist Seymour Epstein, pessimistic people tend to dwell on problems and let their negative expectations influence how they interpret everyday life occurrences. Someone always expecting things to go wrong will not notice or appreciate anything that goes right because it does not affect their overall outlook. A pessimist may also think of themselves as being realistic. At the same time, an optimist sees themself as being “blind” because their feelings towards good experiences keep them from learning from bad experiences.

As you may have noticed from your own life experiences or those of friends and family, optimism and pessimism both come with their advantages and disadvantages. A study out of Northwestern University and the University of St. Thomas found benefits to both an optimistic and a pessimistic worldview — “both biases are thought to be potentially functional,” the authors wrote.

The researchers also noted that people switch between the two in order to milk the advantages of both “based on the perceived value of each outlook.”

Which outlook you choose also depends on where your motivation stems from; people primarily concerned with growth or advancement (referred to as “promotion”) tend to be optimistic, while those who want to avoid disappointment turn to pessimism.

Optimism and Pessimism Affect on Health

Being optimistic will affect your health, mood, and overall attitude towards life.

Optimistic people have better immune systems than pessimistic people do. They may get sick just as much, but the pessimist usually doesn’t fully recover while the optimistic person bounces back quickly. Why is that?

International studies have found that pessimists have a higher risk of depression than their optimist counterparts. In fact, pessimists are at a higher risk of depression than the general population AND those with physical illnesses. And as you may already know, depression impacts your immune system in several ways. People with mental illnesses can experience a range of physical symptoms, such as muscle tension, pain, headaches, insomnia, and feelings of restlessness.

However, pessimism does have its benefits. One article titled “Pessimism About the Future May Lead to Longer, Healthier Life, Research Find” states that older people with low expectations for the future are more likely to live longer, healthier lives than those who see brighter days ahead.

The study conducted in the journal Psychology and Aging shows that pessimism about the future can encourage people to live more carefully, taking health and safety precautions. Out of those aged 65 and older, 32% overestimated their future life satisfaction. The analysis revealed that each increase in overestimating future life satisfaction was related to a 9.5 percent increase in reporting disabilities and a 10 percent increased risk of death.

Benefits of Being Optimistic

Optimists tend to stick around longer in relationships because they see problems as opportunities for a change instead of hopeless situations. Their positive outlook toward life makes it easier for them to come up with solutions rather than dwelling on the negative things happening between them.

Being optimistic can make you more successful in any career path because optimists are naturally good problem solvers while pessimists shy away from problems.

Optimists are optimistic about life, putting them in a better mood, while pessimistic people may kill their mood by focusing on negative things. Optimists, therefore, live happier, healthier lives, while pessimists tend to be more anxious and stressed out.

You know that being optimistic is what it takes to stay positive, so you help your pessimistic friends through tough times by reminding them how optimistic they can be when they put their minds to it. If you are optimistic, you are also likely to have an optimistic attitude towards people who are not so optimistic themselves. On the other hand, if you’re pessimistic, you could get angry with your friend for being optimistic or tell them to look at reality instead of fantasy, which would make them feel worse.

Benefits of Being Pessimistic

What is Pessimism? Pessimism is a frame of mind in which one anticipates undesirable outcomes or fails to anticipate favorable ones. Pessimists are often more realistic about the future than optimists, but some psychologists believe people would often be better off if they approached life with a more positive outlook. However, pessimists have a more accurate view of the world.

Also, pessimists are more prepared for bad news because they expect the worst, making them better, more reliable workers. Pessimistic people tend to be very dedicated employees because they expect poor treatment and consequently keep their guard up so they don’t get hurt by others, resulting in increased productivity.

Pessimistic people have a healthy sense of skepticism about work which could lead them to perform better than an optimist would in the same situation. Pessimism at the workplace doesn’t mean you see your job as a prison or that you can’t stand your colleagues. It just means that the glass is half empty instead of being full.

Pessimists are not afraid to tackle problems head-on, knowing that failure is a distinct possibility. They may focus more on mistakes and shortcomings, while optimists tend to believe things will work out in their favor, resulting in poor performance.

Pessimists are good at managing risk; pessimism may lead people to invest or save money for fear of not having enough later in life. Pessimistic people take criticism well because they expect it, meaning they don’t get depressed about negative feedback like an optimistic person.

Pessimism allows you to focus on the job because you are keen to complete it. Pessimistic employees rarely procrastinate, leading them to be more productive at work than optimists who always feel that there is plenty of time still available before the deadline comes around. Pessimistic people are also more realistic about their work-life balance. They know that happiness at work is not achieved by sucking up to the boss or doing everything you are commanded to do.

What is Better? Being an Optimist or Pessimist?

So, what is the answer to the question of whether it is better to be an optimist or a pessimist? The research suggests that while there are benefits to both personality types, being optimistic has a few more advantages. For one, optimists tend to live longer and healthier lives than pessimists do. Additionally, optimists are also more successful in their careers and relationships. On the other hand, pessimists may feel less stress and anxiety in certain situations because they expect adverse outcomes.

However, it would be best to weigh these benefits against some potential costs of optimism, such as ignoring red flags and not taking necessary precautions. In conclusion, it would seem that overall, being optimistic offers more benefits than drawbacks! 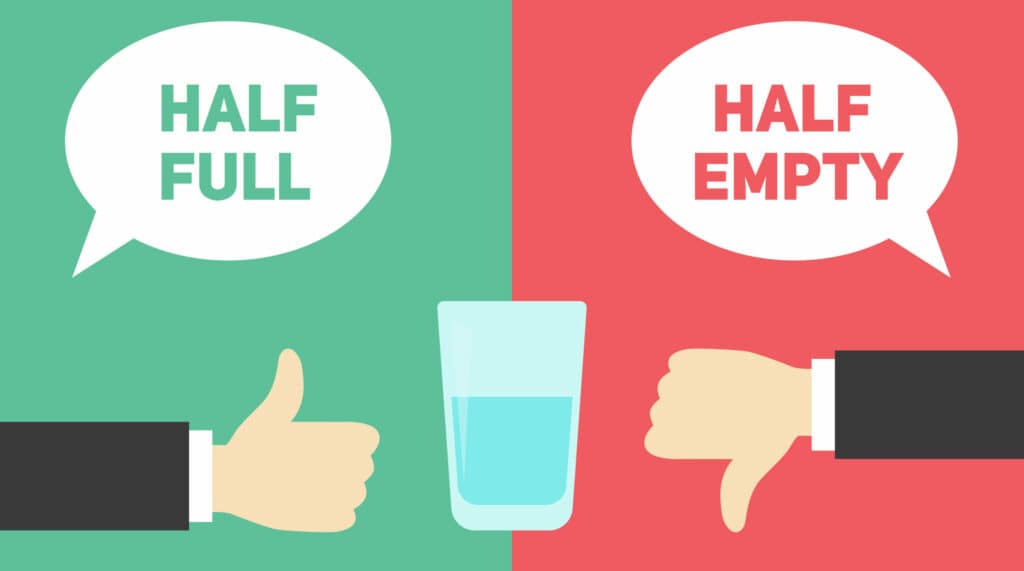 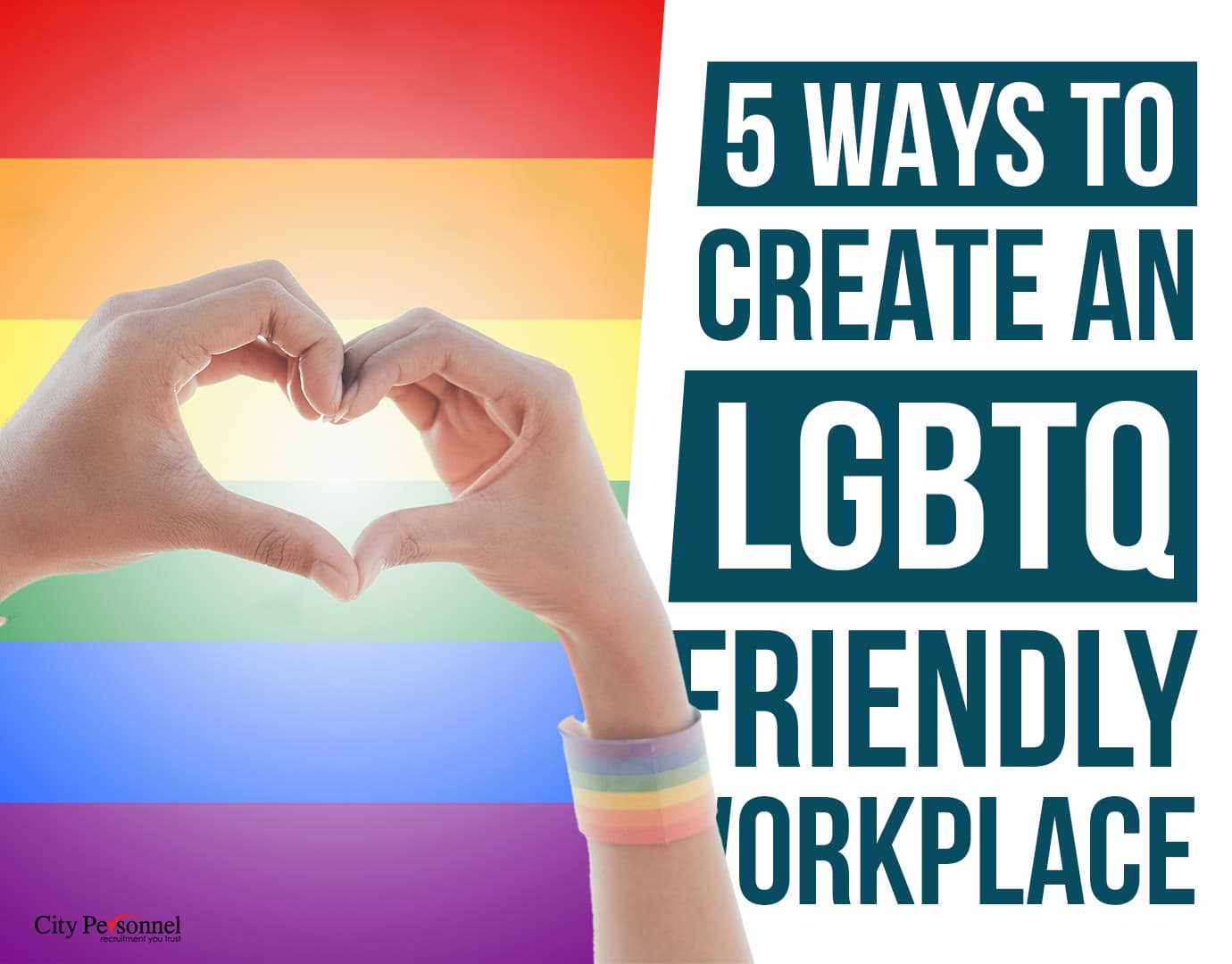 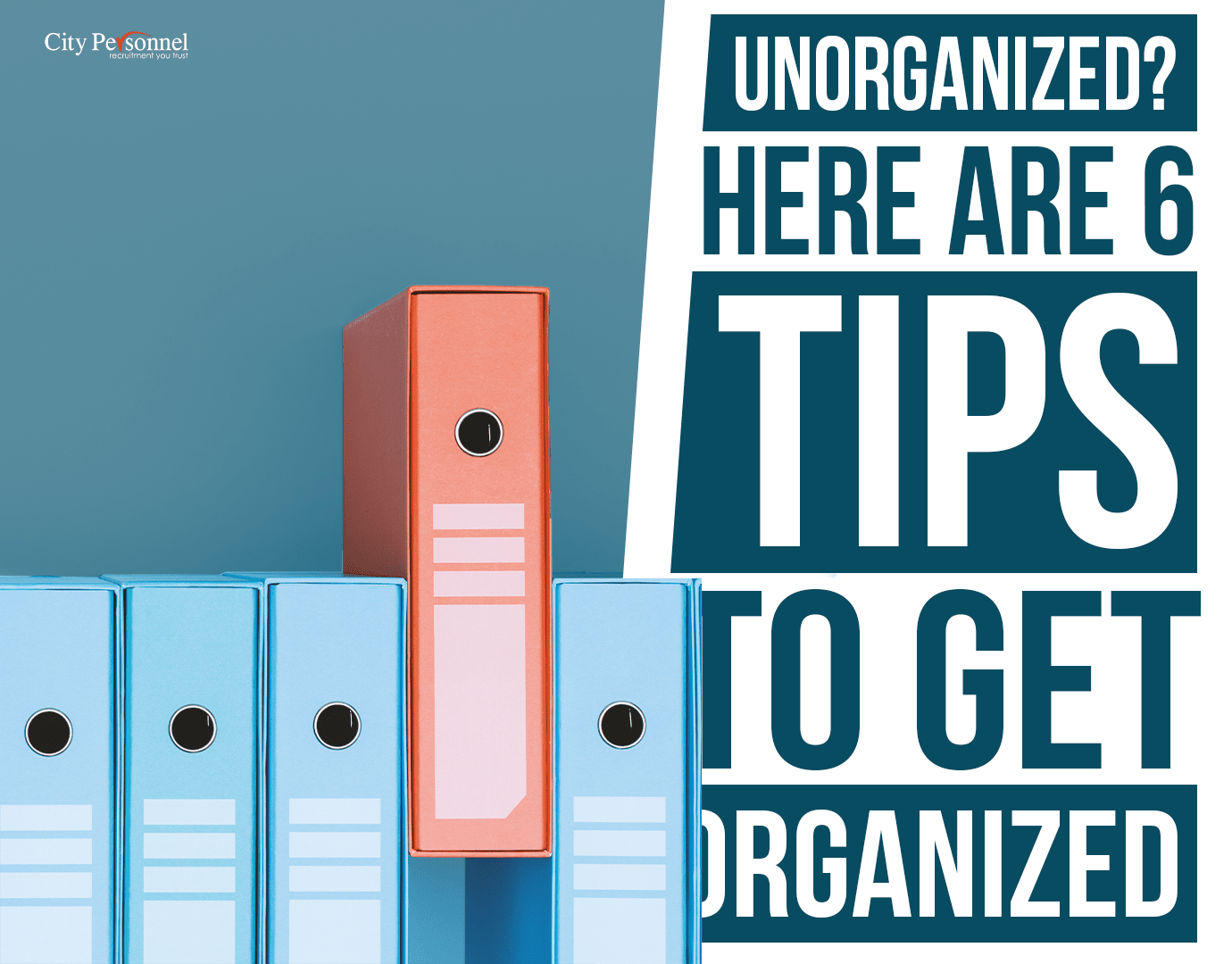 6 Tips to Improve Your Organizational Skills 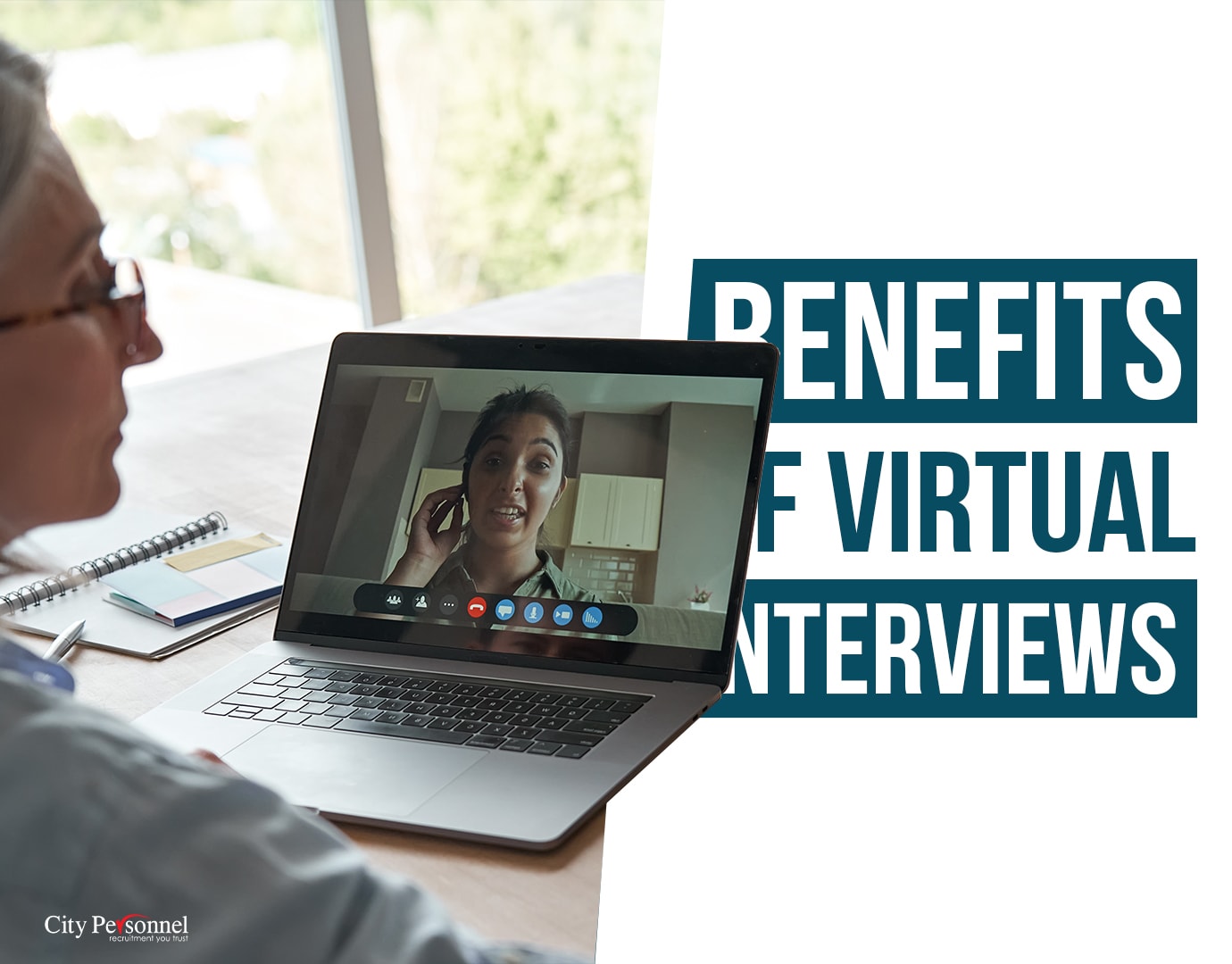 10 Incredible Benefits of Virtual Interviews: The Future of Hiring

There’s no doubt that technology profoundly impacts how we live and work. One of the most notable changes has been …