Are Millennials Changing the Workplace? 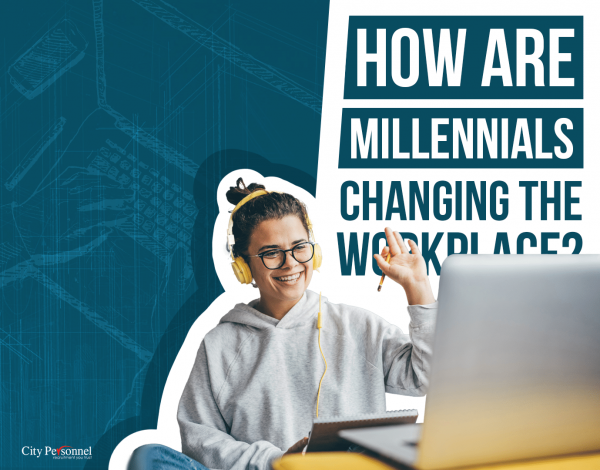 The day of working 9-5 may become obsolete. Millennials are now taking over the majority of the workforce and Gen Z closely behind. With Millennial and Gen Z workplace expectations changing the way we do things, we may start to see hybrid work models in the near future.

As you may know, Millennials & Gen Z’s workplace expectations are very different compared to other generations. Baby Boomers may stay with one company their whole life, while Millennials are more likely to move on with a company if their position becomes stagnant.

How will Millennials change the workplace? Well, let’s first explain who Millennials are and why they are usually associated with Gen Z.

In 1987, authors William Strauss and Neil Howe coined the term millennials. The term was to identify the new millennium because those born in 1982 would be the high school graduating class of 2000.

We have heard the term being used many times in the last couple of years, but most don’t know the difference between a Millennial and Gen Z. To classify as a Millennial, you would have to be born between 1980 and 1996. Gen Z, on the other hand, is anyone born between 1996 and the early-mid 2000s. However, many people still consider those who were born from 1996 to the mid-2000s to be Millennials.

Today, Millennials represent 35% of the global workforce, and Gen Z represents around 25%. With the vast majority of our workforce being “Millennials,” there have been many changes to the job market.

Not Afraid of Changing Jobs

The term Millennial over the years has become a negative phrase. Someone who says, “You are such a Millennial,” isn’t referring to you being born between 1980-2000. Usually, when someone classifies you as a Millennial, they assume you have similar stereotyped characteristics of a Millennial (i.e., lazy, natured, pampered).

The older generation looks negatively towards Millennials because they have different ideals than the previous generations, which causes changes in the economy, society, and the job market.

We won’t get too into detail about how Millennials are changing the world, but we will be discussing their effect on the workplace and the job market. Millennials are known for a few things when it comes to working, including being job-hoppers.

Are your parents still working for the same company they worked for five or even ten years ago? Previous generations were known to stay loyal to their companies rather than floating around from one job to another.

In the same report, only 50% of Millennials said they strongly agree that they plan to work with the same company a year from now. That means half of Millennials are willing or planning to move on from their current company.

The statistics stand for themselves. Millennials are more willing to leave a company if another job opens up, compared to Non-Millennials. What is this doing for the job market? Companies are now worrying more about employee retention than ever before.

Companies now have to offer more incentives, more vacation days, and other perks to keep Millennials with their company. Millennials aren’t afraid of leaving a job if they do not get what they want because they aren’t worried about finding another one. 63% of Millennials said that they would likely find a similar job if they were laid off.

Gen Z workplace expectations are similar to Millennials. Both Millennials & Gen Z are more likely to move on from a company if they aren’t actively improving their policies. Because Millennials & Gen Z’s accumulate 60% of the workforce, companies must improve or lose out on top talent.

With this generation being less afraid to lose their jobs, they are not emotionally and psychologically attached to their work. Less than 30% of Millennial workers are engaged in their work. However, 44% said they would be more engaged if their managers met with them regularly. Times are changing, the way you manage your team will affect engagement!

Work They Are Passionate About

“Most workers, many of whom are millennials… want their work to have meaning and purpose. They want to learn and develop. They want their job to fit their life.”

Even though 73% of Millennials put in more than 40 hours of work per week, they are more willing to put in 40+ hours if they are doing work that they are passionate about.

Millennials aren’t looking for quick, easy money. Millennials are more likely than Gen X and Baby Boomers to want to work at a job that accelerates their professional development. Meaning, they do not only want to have a job they are passionate about but one that fits into their “bigger picture.”

Do you know the history of the 9-5 workweek? Before the Fair Labor Standards Act in 1938, many Americans worked 10-12 hours doing manual labor. However, after 1938, Henry Ford’s 8-hour workday became the most popular way to have employees work.

The 8-hour workweek (9-5) was created for manufacturing and manual labor jobs but soon became a standard for many other industries. However, with the job market consisting of primarily Millennials, we may see a change in the 9-5 workweek.

Back in 2013, Yahoo was at the top of their industry. Sitting number two for the most popular search engine, they were looking to grow past Google, who wasn’t too far ahead. With a new CEO, they were ready to be leaders in their industry and take over the number one spot for most popular search engines in America. However, the new leadership led to new policies, and some stirred up drama in the office. 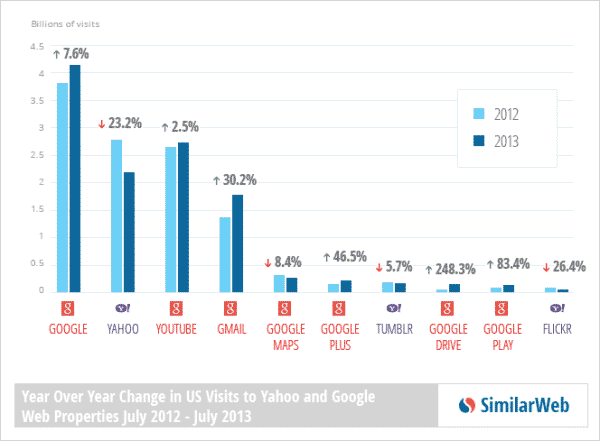 Yahoo initially allowed its employees the flexibility to work from home since the company began in 1994. However, with the new CEO, Yahoo decided to allow remote work no longer. When this was decided, the staff was agitated. Even Richard Branson claimed to be perplexed by the decision.

One year after the decision was made, Yahoo made an appearance at #16 on Glassdoor’s top 25 companies for work-life balance but dropped 23% in searches.

What Can We Learn From Yahoo

Some say the downfall of Yahoo was because of a lack of motivation from employees when required to go back to the office. Others say Yahoo’s decline was it’s a slow platform. Realistically, its lack of vision for the future was its downfall. Nowadays, many Millennials would leave the company if it switched from remote work to full in office.

According to SHRM, Millennials may not even consider a job opportunity if it doesn’t offer a remote work opportunity. Unfortunately, with COVID converting thousands of jobs remotely, companies may never be able to switch back to the office ever again because of the decrease in motivation from employees.

A recent study found that 37% of employees would switch to a job that allows remote work at least part of the time. In one example we found online, someone took a 30% pay cut to see his son before bed.

Flexibility is no longer the same thing it was ten years ago. Today, flexibility is being able to work from anywhere, anytime.

Another article we found online from the New York Times stated, “One firm has an employee who works mostly from places like Hawaii and Costa Rica. At another, someone worked remotely while living out of a van for three months, skiing in the mornings and working in the afternoons. One person goes to the office at midnight so he can surf in the morning, and another takes Fridays off to backpack.”

Things are changing, primarily due to Millennials becoming the majority of the workforce and Gen Z workplace expectations.

Allowing remote work may be the best way to keep employee retention. If you can’t afford to allow fully remote, maybe a 3-2-2 workweek will work for you! These Millennial & Gen Z workplace expectations will result in a change in the way companies attract talent.

Professional and personal balance is becoming more and more important for people over the years. Right now, the United States is the most overworked country in the world… A study that was done last year showed that 41% of American workers don’t take a single vacation day, with most of them working overtime or taking their work home with them. 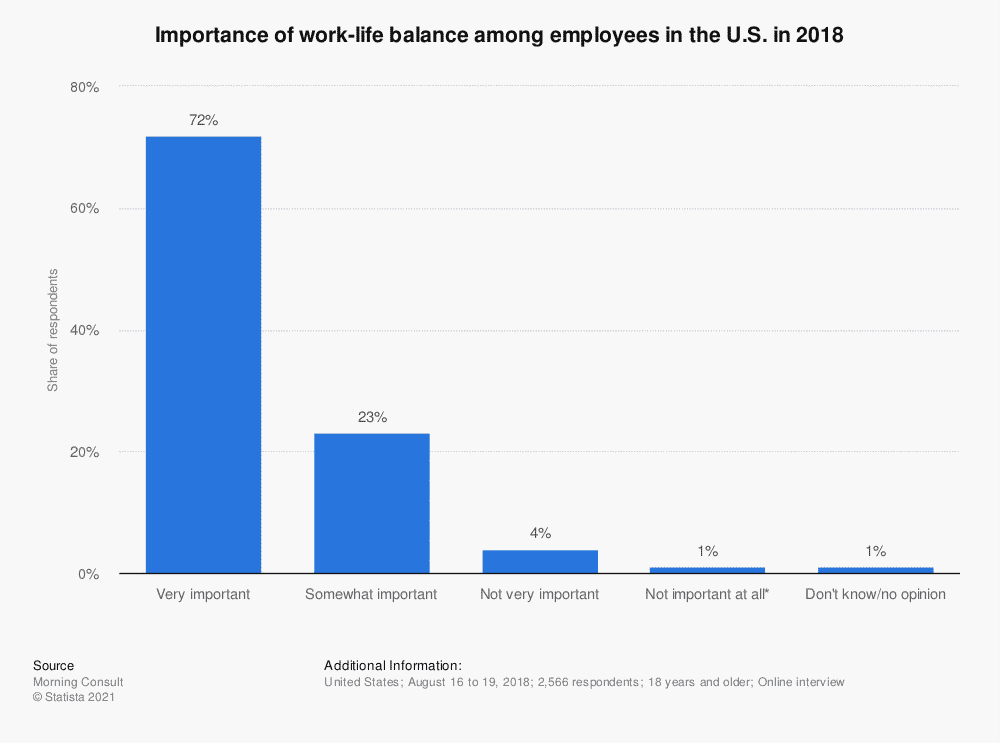 A survey commissioned by Intel shows that 66% of computer users are at least somewhat stressed by slow-poke technology and 23% described themselves as very or extremely stressed. Does your company have out-of-date technology? If so, it is time to upgrade. 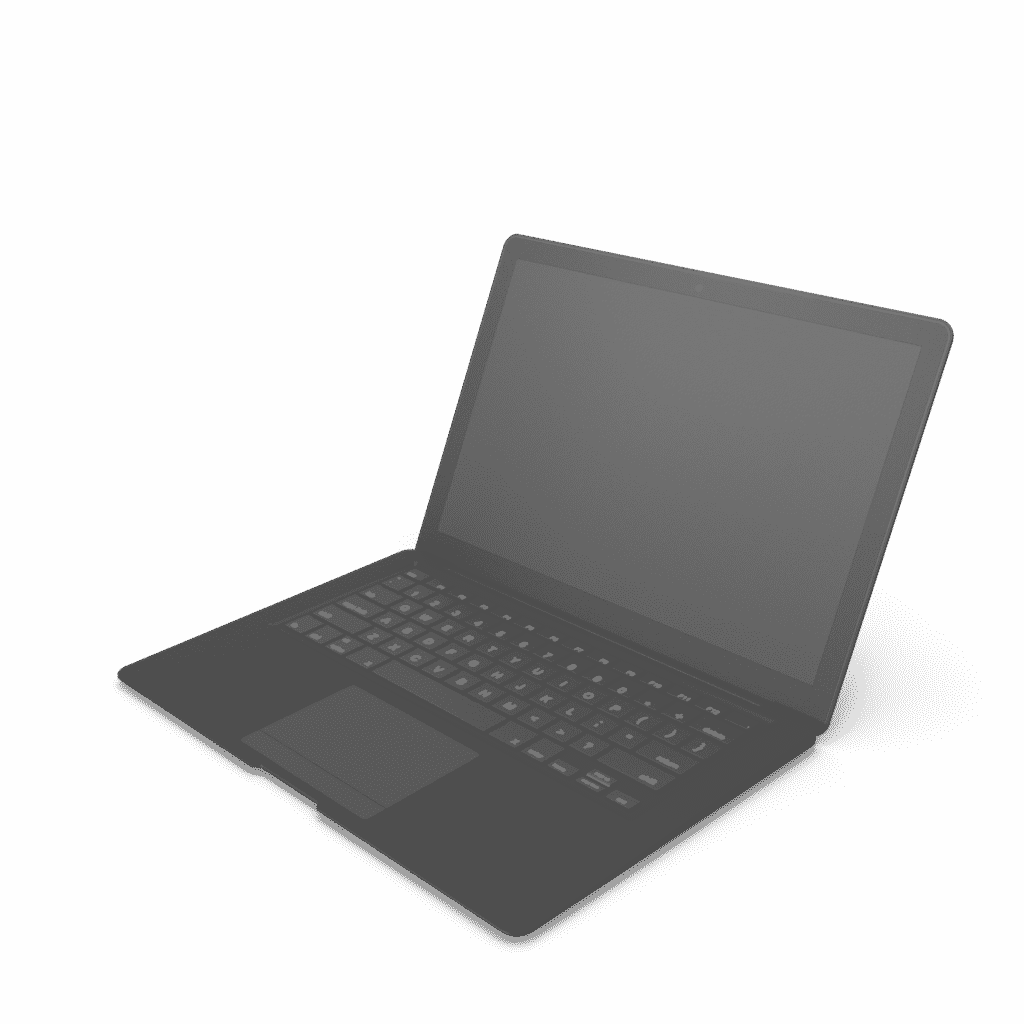 Remember, Millennials grew up all around technology. Those born in the 1990s grew up with cell phones, laptops, flat-screen televisions, and much more. Having been around these technologies their whole lives, Millennials seek jobs that have these technologies to make their work more productive and easier. A 2016 survey found that U.S. businesses lose up to $1.8 billion each year in wasted productivity due to obsolete technology. Remember that next time you are looking to upgrade your technology!

Research suggests that a computer should be upgraded or replaced every four years.

The Job Market is Changing!

Overall, the job market has changed drastically over the years. This could be due to Millennials entering the market, or just the needs for workers are different today. However, in either case, adapting to the new job market is essential for keeping qualified employees at your company and speeding up the hiring process.

We are in a candidate-driven market, which requires companies to compete with each other to attract top talent. Some ways to beat out your competitors is to evolve your business around the fact that Millennials will be the majority of workers in a few years. Being open to remote work, flexible schedules, and the other things listed in this article will help. For more tips on recruiting, check out our blog!

Here at City Personnel, it’s our business to help your business grow. City Personnel has built a solid reputation on our ability to provide you with a tailored recruitment experience for all your staffing needs. We will work with you to help you find the best talent on the market. We offer a wide range of staffing services, from temp hiring to permanent placements. If you need help with staffing, contact us today!

Subscribe
0 Comments
Inline Feedbacks
View all comments
APply for our job openings today!
Are You Looking For Work?
Job Openings 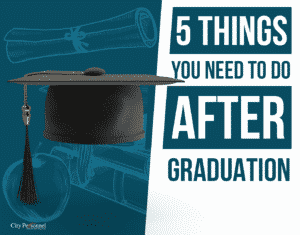 Read More »
City Personnel June 9, 2021 No Comments
Get email upDates for jobs
Be the First to See Our Job Openings

Coffee or Tea? Which One is Better For Productivity?
Click Here
PrevPreviousWhat is a 3-2-2 Workweek? 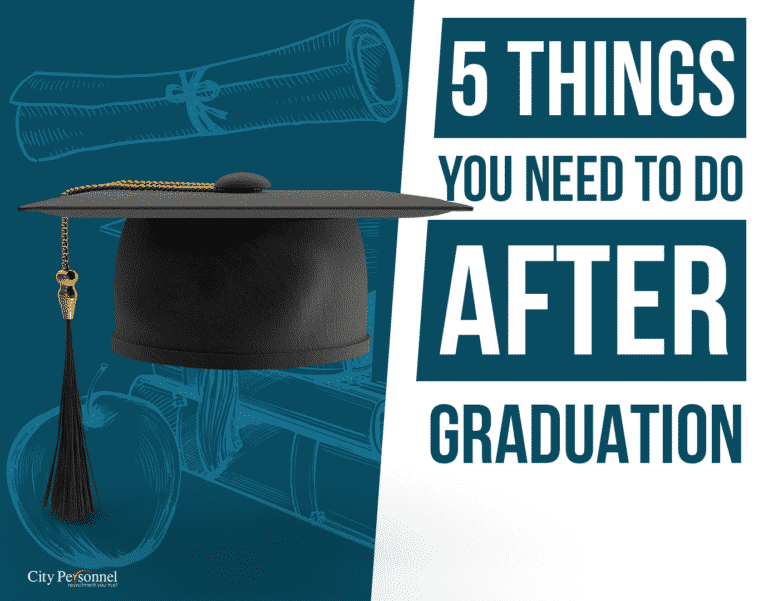 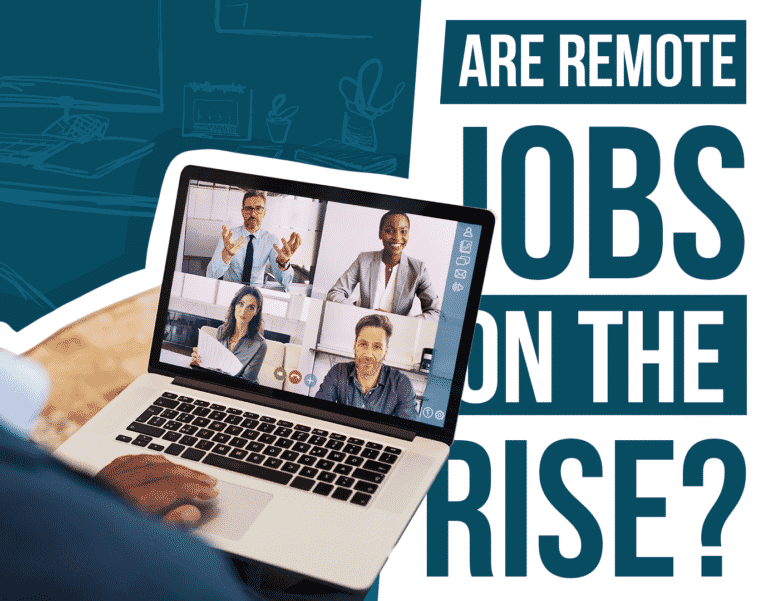 Are Remote Jobs on the Rise?

Last year, the majority of you reading this experienced what it was like to work remotely. Back when the pandemic lockdown started, there was a 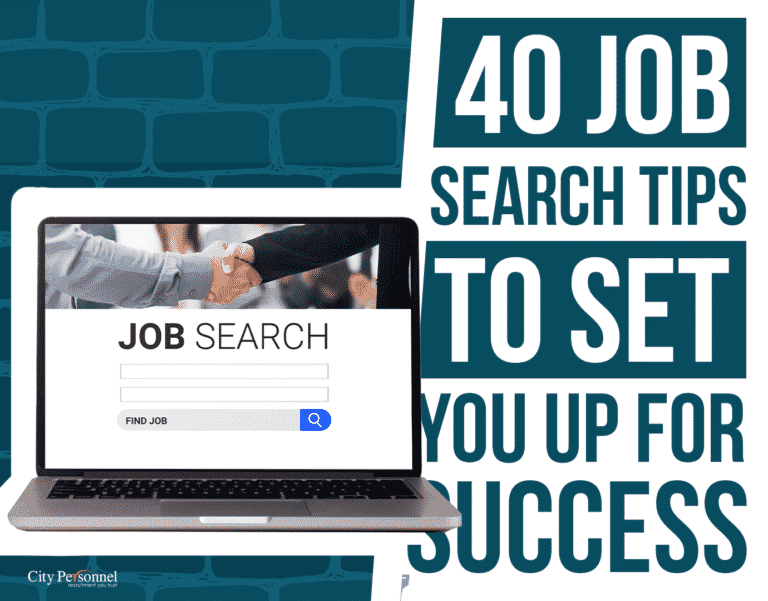 40 Job Search Tips to Set You Up for Success

Are you seeking work and not sure where to start? Well, you’re in luck! We want to help you get back to work. We created